The Inglorious Goal of Doing Nothing

Home > The Inglorious Goal of Doing Nothing

Why are increasing numbers of people pining to retire in their 30’s? And why are we envying those who seem to be doing nothing, instead of feeling sorry for them? 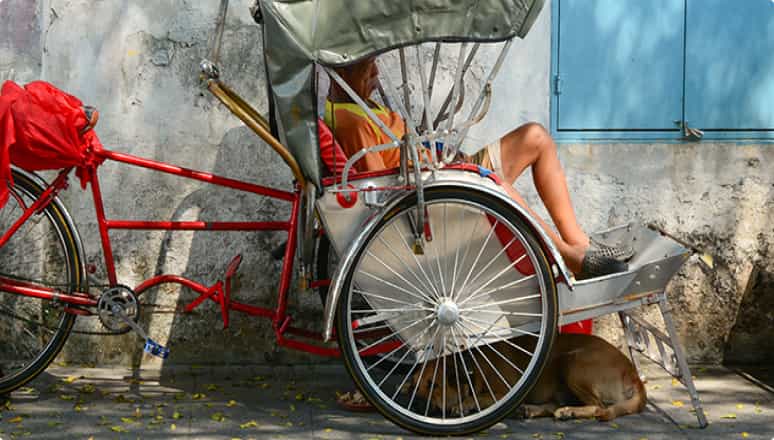 At the graduation ceremony of a Yoga school in Goa run by a friend, I met an entrepreneur in his mid-forties. He’d sold his software start-up to a global technology company, moved to Goa and built a spectacular house overlooking the sea.

So what are you working on now, I asked. “Nothing”, he said proudly. I was puzzled and persisted “You must be doing something all day?” He replied “I walk my dog. I drop my kids to school”

I wish this was an outlier example, but it’s not. If entrepreneurship is a petri dish that reveals people under a microscope, then Goa—where I live and work—is a research laboratory.

Like flotsam and jetsam from the shipwreck that is India’s capitalism, urban castaways are washing up on Goa’s shores and declaring “No more!”

Why are increasing numbers of people pining to ‘Retire by 30’? And why are we envying those who seem to be doing nothing, instead of feeling sorry for them?

Yearning to escape the rat race is a legitimate desire in a world where ‘Karoshi’ (‘Killed by Overwork’) is a phenomenon that seeped beyond Japan decades ago. In India, millions experience the death-by-a-thousand-cuts life that working at a corporate job often means.

…understandable factors aside, there are many fallacies which lead to the aspiration of being liberated to do nothing…

The first fallacy is the assumption that ‘Money’ unlocks life’s prizes. Alas, people who believe that money solves most problems are usually those who’ve not had much. A few months of being rich often dissolves this delusion.

Many Entrepreneurs-waiting-for-exit, as well as Entrepreneurs-in-waiting, seem to be chomping at the bit to accumulate an amount that in America is called by a typically direct American term “Fuck You Money”

If you think only a specific sum of money empowers you to say this to your boss, then you probably don’t have the spine to do it ever.

The second fallacy is the thought that if we just had enough ‘Time’, we would triumphantly conquer all our self-actualization goals.

Here’s the news. There’s a reason why very few are accomplished at playing the violin, or running the marathon, or paint exceptionally well. The reason is that doing these systematically is difficult, challenging, and…gasp, as much like ‘work’ as crawling up a corporate ladder. Just having ten empty hours every day does not catalyze you into a Renaissance Man.

The third and more ingrained fallacy is the utopian belief that human beings were somehow designed only for a ‘Simple’ life.

Of course, reducing complexity makes life easier. Juggling with one ball is simpler than juggling three. But is it an achievement that improves your sense of self?

There are tremendous virtues to complicity. But complexity is not our enemy. The human neocortical brain is designed for more complexity than a dog. I know because the dozen dogs I’ve had across the past decades liked nothing better than to sun themselves in the garden for hours. But is that reason for me to design my life around the same goal?

The fourth fallacy is that people should aspire to a ‘Peaceful’ life, without conflict and challenge.

Yes, most of us would benefit if our lives didn’t look like the inside of a running mixer-grinder. And Yes, a day or three spent puttering about is often a tonic. But multiplying that into an everyday routine across years can often become toxic.

My wonderful colleagues (rightfully) complain that my relentless drive occasionally turns me into a Rottweiler after four espressos. I respond with borrowed insight from John Stuart Mill, who asked if we would prefer to be a grumpy Socrates or a contended Pig.

My sensitivity to these fallacies emerges not from wisdom, but from foolishness. I’ve been misled by almost every one of these beliefs at different points in life.

So why the finger-wagging? Can’t each one navigate by the lighthouses they choose?

Certainly, we can. Choosing options different from social templates is commendable. But it becomes a problem when misdirected beliefs multiply to become societal lodestars.

When our best and brightest trade-in a life that challenges them for something that atrophies them, we all lose.

If young people suffer from the delusion that the goal is to ‘Retire’ as quickly as possible, then their action vectors re-align. As just one example, it often changes focus to flipping companies for a quick ‘score’ instead of building them for sustained value. Or checking out as fast as possible into a freelance career primarily because they want to avoid the accountability to turn up for a meeting on time, that too after a bath.

Many born-again evangelists for an underleveraged life loftily proclaim that we’re ignoring our fundamental nature and driving ourselves like race-hounds because we’re hypnotized by twenty-first-century materialism.

To anyone familiar with even the basics of evolutionary biology, such beliefs are laughably simplistic. Not once in roughly five thousand years of documented human existence has any community survived despite wandering around with vacuous smiles through days spent in random inanities. Human beings are hard-wired to engage and strive…And if our ancestors lacked this fundamental drive, would you exist today or know how to read this?

Our drive is indeed accelerated by capitalism—occasionally insidiously, often pointlessly—but not birthed by it. It is part of our encoding as human beings. Retiring at thirty or forty will not leach it away. Like calcium-deficient children unthinkingly gnawing at the chalk, we will still seek it out.

We seek challenges because that’s how humans grow. We don’t just become stronger by grappling with air in slow-motion in a meditative trance. We also grow by wrestling in a way that strains our sinews, makes the sweat run down our foreheads, and forces our hearts to clench.

Of course, wrestling with life is difficult. It’s complicated. And carries the danger of injury. And yes, we should constantly re-balance to ensure that our challenges are in tune with our capacities. But only schoolboys assume that friction needs to be eliminated. Engineers know that without some friction, nothing in the world moves.

Let’s retire from a pattern of life that will break us. But embrace one that stretches us every day into a better version of ourselves.