Life and business are built upon unjustly distributed advantages, and there’s no reason to disdain only a few of them 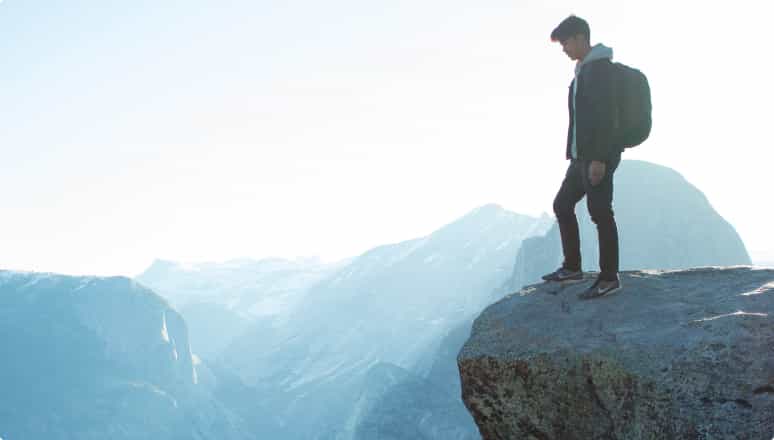 In the business context, why does intelligence (usually in men) cause admiration but beauty (usually in women) create envy?

Why are beautiful women made to feel guilty when their beauty gives them a lead in business?

Usually, because it seems like an unearned advantage. An unfair edge.

But what about intelligence? Is that not an unearned genetic gift? In the business context, why does intelligence (usually in men) cause admiration but beauty (usually in women) create envy?

Nuanced critics would say that it is not the unfairness of the attribute’s origin, but its meritocratic relevance. Beauty should not be leveraged in business, they may argue, but intelligence should be.

When we raise the insurmountable barrier of ‘Everyone is Equal’, it sets-up people for failure instead of maximizing chances of their success.

Really? Because beauty may accelerate persuasion in business, is it an unfair advantage? If beauty is a halo that diffuses rationality and therefore illegitimate, then what’s the purpose of the brand-building that companies spend billions on?

Steve Jobs’s charisma had a much-cited ‘reality distortion field’ effect that enabled him to bend people to his will. That allowed him to sign-up global music labels to the iTunes platform when it was just a deck of slides. Was he admired or shamed for it?

It’s time we recognized that life and business are built upon unjustly distributed advantages, and there’s no reason to disdain only a few of them.

Her exhortation was, particularly to women. And a shallow assessment may declare that this tacitly endorses sleeping-your-way-to-the-top. But it’s actually a provocative questioning of why the attribute of beauty should not be viewed in the same dispassionate way that the attribute of a college degree is.

How many white people do you see in the finals of the running events in any Olympics? Jon Entine, author of Taboo: Why Black Athletes Dominate Sports and Why We’re Afraid to Talk About It has highlighted that over the last seven Olympic men’s 100-meter races, all 56 finalists have been not just of African but of West African descent. East Africans have fared outstandingly in distance running but poorly in sprints. And only two non-African runners have cracked the Top 500 among the best 100-meter times of history.

Should we petition the International Court of Justice in The Hague against Jamaican (who are of West African descent) sprinters?

The truth is that every single form of human endeavor relies on unfair edges, not just physical attributes like beauty or athletic ability. Each of us benefits from a few, but we still look down our noses upon some.

Possibly the need to assume that everyone is placed equally on the starting blocks is an understandable reaction to traditional practices of inequality. Unforgivable oppression has happened throughout history in the name of claimed superiority of religion or caste.

Or possibly, it’s a result of the scientific classification which has equalized each of us into homo sapiens.

But here’s an observation. I’ve had several household animals including over a dozen dogs. Since every one of them was re-homed, it’s been a motley collection. Each dog is the exact same trinomial zoological classification: Canis Lupus Familiaris. But they were remarkably different. The Mudhol Hound was poetry when running on the beach, but chary of even entering the water. The Labrador Retriever was the Michael Phelps of the canine world, diving into waves with delight. And our Tibetan Mastiff—45 kg with a bark-like an Enfield–had the heft to be hired by a bank as a loan recovery agent.

It is intuitively understandable that breeds of dogs are different. Then why are we blinded just because we’re all home sapiens? When we raise the insurmountable barrier of ‘Everyone is Equal’, it sets up people for failure instead of maximizing the chances of their success.

We’re not equal at any point in life. Not even when emerging from the womb.

40% of students enrolled in school in our country (about 8 million) cannot attend classes every day. Given that you’re reading this, obviously, you were not one of them. Hence gaining a massive unearned advantage.

Entire industries assume the lesser ability of millions. Why are lottery tickets (the exclusive domain of state governments in India) not illegal? They’re essentially an extortionate tax on people who don’t understand mathematics.

I am taller than Shah Rukh Khan and have more degrees and better teeth. But he has a mysterious charisma that makes women swoon in numbers that I could not match even after training in anesthesiology. Is his achievement inferior because my career has been based on intellect instead of charm?

Unfair edges do not belong to the wealthy or the privileged alone. I’ve met people in boardrooms whose mental wiring could potentially make them outstanding mafia dons. But even if they wanted to, they would make mediocre crime lords. Because the unfair edge of a Chotta Rajan was to have been born in the gutters of our society. Proximity to lawlessness made innovative opportunities visible in ways that are not evident on an IIM-campus.

In a letter to John Adams written in 1813, Thomas Jefferson spoke about a ‘Natural Aristocracy’ based on virtues and talents. In one of the most illuminating passages, he went on to add “…that form of government is the best which provides the most effectually for a pure selection of this natural aristoi into the offices of government”

That’s what our social systems must be designed for. To recognize and nurture ALL the natural skills and abilities that humans have, so they self-align to what they can best achieve.

We need to cleanse our heads of unconscious constructs centered on democratic proportional representation. Life equips people differently—physically, intellectually, emotionally. The performance and happiness of individuals and organizations are heightened by accepting this natural order.

There are multiple aristocracies among us. A hundred enmeshed factors ensure that some people are vastly superior to others in particular pursuits. People of uncommon abilities should accept them graciously and leverage them diligently.

This is not some dystopian view advocating genetic determination for vocational selection. Or sexual promiscuousness as the chosen path for corporate promotion.

This is a liberating perspective to reboot our minds. To help us recognize that attributes are attributes. Conventionally respected ones like intelligence or verbal ability. But even those NOT conventionally lauded in business like beauty, personality, self-projection…Each one of your attributes is precious.

You have a unique edge. Fortunately, just like everyone else.